It is with great sadness, that the family of Brian announces his passing on July 25, 2013.
Brian was diagnosed with cancer in May, and received radiation therapy in St.John's. He was then sent to the Labrador Grenfell Health facility in Happy Valley Goose Bay for care. This is where Brian spent his remaining days. He was surrounded by family and friends at the time of his passing.

The family wishes to thank all those who were there to support Brian in  his time of need. We appreciate all the kindness, help and love expressed at our time of sorrow.
Posted by Brian at 3:59 PM 18 comments:

Not highly recommended: a 3 day trip to Goose Bay to get an ex ray and two other appointments. Especially with a bunged hip.

The ski doo ride to and from airstrip was the worst, nothing to do about that, or was there?

Had good help at airstrip and at GB airport, wheelchair waiting. The flights both ways great, just getting off and on was difficult with the pain.

I was getting down that not enough emphasis was being payed to the seriousness of my condition, still worrie3de realy as it will take 10 days or so before the Doctor gets the official read out of the ex rays.

I am encouraged by the reception from the physio therapist, took great interest in my general condition and was great help in dealing with the hip issue.

The state of the northern caribou herds is still a controversy bubbling under the surface. Another meeting to form committees to look at ways to deal with the issue.
Nunatsiavut Government has dealt with the George River heard quite well, I am not sure why they have not dealt in similar manner with the smaller Torngat herd in a similar way.
Asking people to not hunt seems a smart way to go untill others agree on a moratorium, or a survey shows there a enough animals left for a sustainable hunt.
Posted by Brian at 12:10 PM 3 comments:

Wish me luck, off to the Goose for an ex ray and couple other appointments. Not looking forward to the trip from home to airstrip and then GB.
Posted by Brian at 7:05 AM 4 comments:

I am receiving inquiries why the dearth of postings of late.

It is mainly due to some health issues that have popped up making life painful and miserable for the most part, and I just dont have the inclination to get onto the internet that much.

Some of the issue have been resolved and just working on the old painful hip issue and rotator cuff now.

Meanwhile Mia and Carter bear are whooping it up, (unfortunately the picture did not don load)..

Here is a twist on Arctic travel that has some appeal.

Nunatsiavut Government has 51 % share in an airline, but I doubt if you can get a seat sale to Goose Bay let alone a tour to places of interest.
Too busy building iconic buildings in Nunatsiavut to attract tourists from south, or town centers outside the claims area.
Posted by Brian at 10:06 AM No comments:

Ozzies were third and forth as well.  All are exceptianlly long hitters, and straight for the most part.

Jason Day had it won a couple of times but some miss judged approach shots cost him big time.
Posted by Brian at 7:10 AM 4 comments:

Carter bear finely has a baby sister, he is right caught up in her too, at least for now. 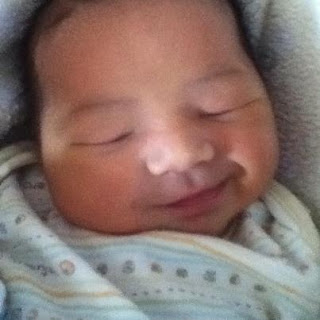 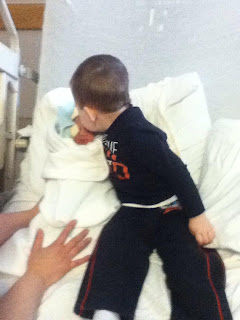 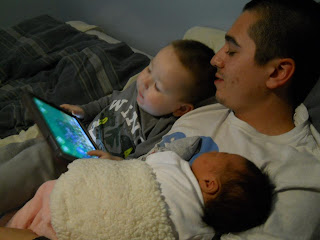